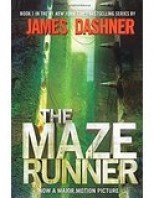 The Maze Runner is the first book in a young-adult post-apocalyptic dystopian science fiction pentalogy of the same name by James Dashner.

The novel was published on October 7, 2009, by Delacorte Press, an imprint of Random House, and was made into a 2014 major motion picture by 20th Century Fox. The novel spawned two sequels: The Scorch Trials (2010) and The Death Cure (2011).

Dashner also wrote a prequel to The Maze Runner, titled The Kill Order, that was released in 2012.He also announced that another prequel, The Fever Code, is set to be released in 2016.