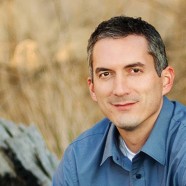 James Smith Dashner born November 26, 1972 is an American writer of speculative fiction, primarily series for children or young adults, such as the Maze Runner series and the young adult fantasy series the 13th Reality.

His 2008 novel The Journal of Curious Letters, first in the series, was one of the annual Borders Original Voices picks.