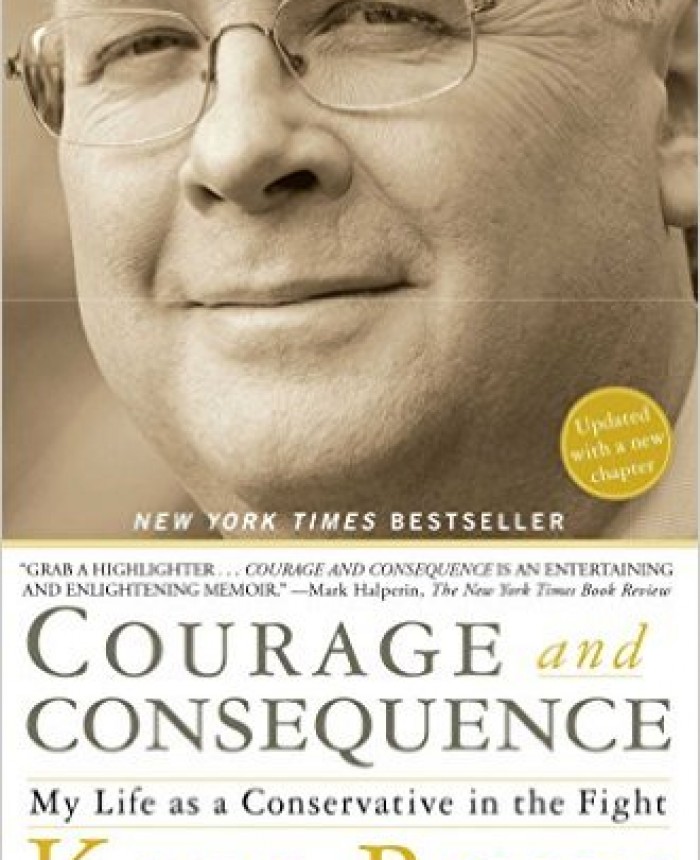 Courage and Consequence: My Life as a Conservative in the Fight

From the moment he set foot on it, Karl Rove has rocked America’s political stage. He ran the national College Republicans at twenty-two, and turned a Texas dominated by Democrats into a bastion for Republicans. He launched George W. Bush to national renown by unseating a popular Democratic governor, and then orchestrated a GOP White House win at a time when voters had little reason to throw out the incumbent party. For engineering victory after unlikely victory, Rove became known as “the Architect.”

Because of his success, Rove has been attacked his entire career, accused of everything from campaign chicanery to ideological divisiveness. In this frank memoir, Rove responds to critics, passionately articulates his political philosophy, and defends the choices he made on the campaign trail and in the White House. He addresses controversies head-on— from his role in the contest between Bush and Senator John McCain in South Carolina to the charges that Bush misled the nation on Iraq. In the course of putting the record straight, Rove takes on Democratic leaders who acted cynically or deviously behind closed doors, and even Republicans who lacked backbone at crucial moments.

Courage and Consequence is also the first intimate account from the highest level at the White House of one of the most headline-making presidencies of the modern age. Rove takes readers behind the scenes of the bitterly contested 2000 presidential contest, of tense moments aboard Air Force One on 9/11, of the decision to go to war in Afghanistan and Iraq, of the hard-won 2004 reelection fight, and even of his painful three years fending off an indictment by Special Prosecutor Patrick Fitzgerald. In the process, he spells out what it takes to win elections and how to govern successfully once a candidate has won.

Rove is candid about his mistakes in the West Wing and in his campaigns, and talks frankly about the heartbreak of his early family years. But Courage and Consequence is ultimately about the joy of a life committed to the conservative cause, a life spent in political combat and service to country, no matter the costs.

Courage and Consequence: My Life as a Conservative in the Fight quotes