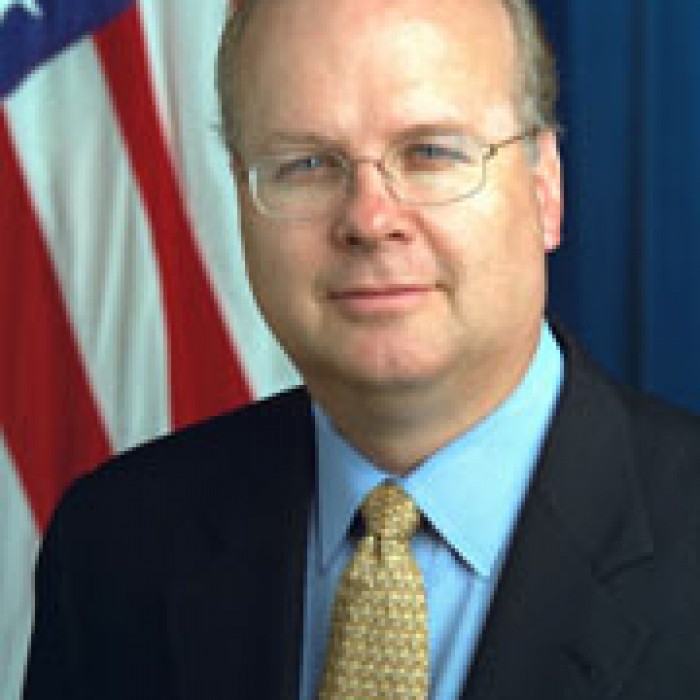 Karl Christian Rove (born December 25, 1950) is an American Republican political consultant and policy advisor. He was Senior Advisor and Deputy Chief of Staff during the George W. Bush administration until Rove's resignation on August 31, 2007. He has also headed the Office of Political Affairs, the Office of Public Liaison, and the White House Office of Strategic Initiatives. Since leaving the White House, Rove has worked as a political analyst and contributor for Fox News, Newsweek and The Wall Street Journal.

Prior to his White House appointments, he is credited with the 1994 and 1998 Texas gubernatorial victories of George W. Bush, as well as Bush's 2000 and 2004 successful presidential campaigns.