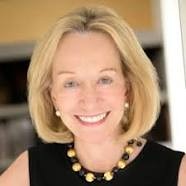 Doris Kearns Goodwin (born January 4, 1943) is an American biographer, historian, and political commentator. She has authored biographies of several U.S. presidents, including Lyndon Johnson and the American Dream; The Fitzgeralds and the Kennedys: An American Saga; No Ordinary Time: Franklin and Eleanor Roosevelt: The Home Front in World War II (which won the Pulitzer Prize for History in 1995); Team of Rivals: The Political Genius of Abraham Lincoln; and her most recent book, The Bully Pulpit: Theodore Roosevelt, William Howard Taft, and the Golden Age of Journalism.

She was awarded a Woodrow Wilson Fellowship in 1964 to pursue doctoral studies. In 1968, she earned a Ph.D. in government from Harvard University, with a thesis titled "Prayer and Reapportionment: An Analysis of the Relationship between the Congress and the Court.

Goodwin won the 1995 Pulitzer Prize for History for No Ordinary Time: Franklin and Eleanor Roosevelt: The Home Front During World War II (1994).

Goodwin received an honorary L.H.D. from Bates College in 1998.

She was awarded an honorary doctorate from Westfield State College in 2008.

Goodwin won the 2005 Lincoln Prize (for the best book about the American Civil War) for Team of Rivals: The Political Genius of Abraham Lincoln (2005)