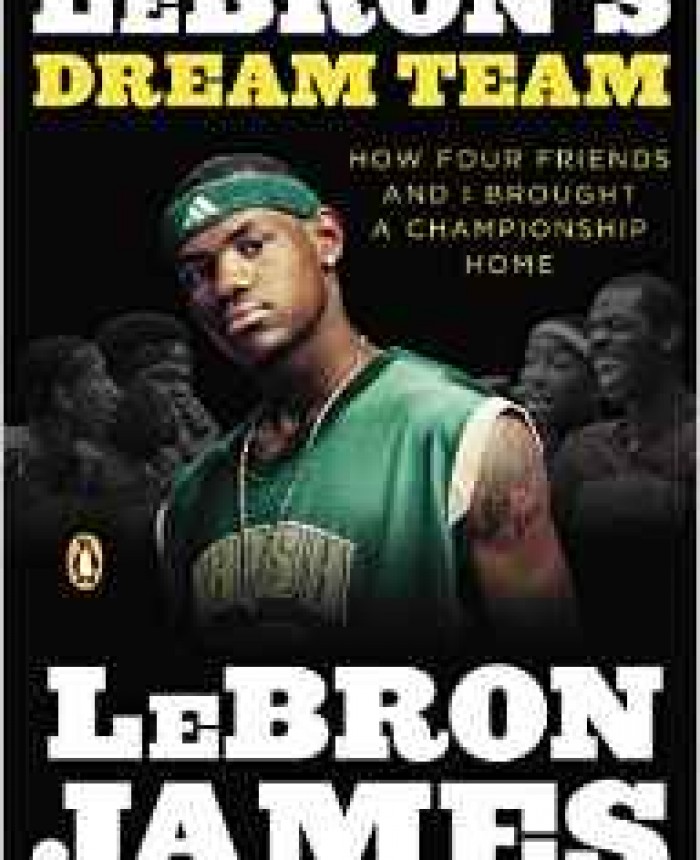 The DREAM TEAM was a bunch of kids from Akron, Ohio-LeBron James and his best friends-who first met on a youth basketball team of the same name when they were ten and eleven years old. United by their love of the game and their yearning for companionship, they quickly forged a bond which would carry them through thick and thin (a lot of thin) and, at last, to the brink of a national championship.

They were a motley group who faced challenges all too typical of inner-city America. LeBron grew up without a father and had moved with his mother more than a dozen times by the age of 10. Willie McGee, the quiet one, had left both his parents behind in Chicago to be raised by his older brother in Akron. Dru Joyce was outspoken, and his dad, who was ever-present, would end up coaching all five of the boys in high school. Sian Cotton, who also played football, was the happy-go-lucky enforcer, while Romeo Travis was unhappy, bitter, even surly, until he finally opened himself up to the bond his team mates offered.

In the summer after seventh grade, the DREAM TEAM tasted glory when they qualified for a national championship tournament in Memphis. But they lost their focus, and had to go home early. They promised each other they would stay together and do whatever it took to win a national title.

They had no idea how hard it would be to pursue that promise. In the years that followed, they would endure jealousy, hostility, exploitation, resentment from the black community (because they went to a "white" high school), and the consequence of their own over-confidence. Not least, they would all have to wrestle with LeBron's outsize success, which brought too much attention and even a whiff of scandal their way. But together these five boys became men as they sought a national championship.