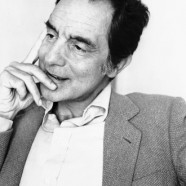 Admired in Britain, Australia and the United States, he was the most-translated contemporary Italian writer at the time of his death, and a contender for the Nobel Prize for Literature.