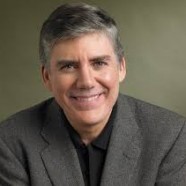 Richard Russell "Rick" Riordan, Jr (born June 5, 1964) is an American author known for writing the Percy Jackson & the Olympians series, which is about a twelve-year-old who discovers he is a son of Poseidon.

His books have been translated into 37 languages and sold more than 30 million copies in the US. Twentieth Century Fox has adapted the first two books of his Percy Jackson series as part of a series of films.

His books have spawned related media, such as graphic novels and short story collections.

Riordan's first full-length novel was Big Red Tequila, which became the first in a series, the Tres Navarre series. His big breakthrough was The Lightning Thief (2005),