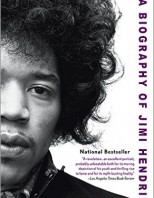 It has been more than thirty-five years since Jimi Hendrix died, but his music and spirit are still very much alive for his fans everywhere. Charles R. Cross vividly recounts the life of Hendrix, from his difficult childhood and adolescence in Seattle through his incredible rise to celebrity in London's swinging sixties. It is the story of an outrageous life--with legendary tales of sex, drugs, and excess--while it also reveals a man who struggled to accept his role as idol and who privately craved the kind of normal family life he never had. Using never-before-seen documents and private letters, and based on hundreds of interviews with those who knew Hendrix--many of whom had never before agreed to be interviewed--Room Full of Mirrors unlocks the vast mystery of one of music's most enduring legends.