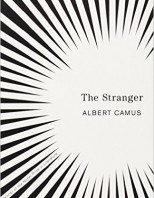 The Stranger is a novel by Albert Camus published in 1942. Its theme and outlook are often cited as exemplars of Camus's philosophy of the absurd and existentialism, though Camus personally rejected the latter label.

The title character is Meursault, an indifferent French Algerian ("a citizen of France domiciled in North Africa, a man of the Mediterranean, a man du midi yet one who hardly partakes of the traditional Mediterranean culture"), who, after attending his mother's funeral, apathetically kills an Arab man whom he recognizes in French Algiers. The story is divided into two parts, presenting Meursault's first-person narrative view before and after the murder, respectively.