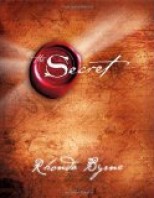 The Secret is a best-selling 2006 self-help book written by Rhonda Byrne, based on the earlier film of the same name. It is based on the law of attraction and claims that positive thinking can create life-changing results such as increased happiness, health, and wealth. The book has sold more than 19 million copies worldwide and has been translated into 46 languages. It has attracted a great deal of controversy and criticism for its claims, and has been parodied on several TV programs.