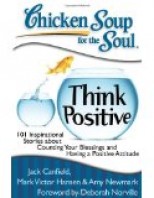 Chicken Soup for the Soul book, compiling inspirational, true stories they had heard from their audience members. Many of the stories came from members of the audience of their inspirational talks. The book was rejected by major publishers in New York but accepted by a small, self-help publisher in Florida called HCI.