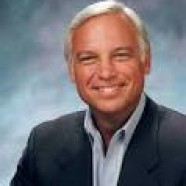 Jack Canfield (born August 19, 1944) is an American author, motivational speaker, seminar leader, corporate trainer, and entrepreneur: He is the co-author of the Chicken Soup for the Soul series, which has more than 250 titles and 500 million copies in print in over 40 languages. In 2005 Canfield co-authored with Janet Switcher The Success Principles: How to Get From Where You Are to Where You Want to Be.

Canfield began his career in 1967 when he taught a year of high school in Chicago, Illinois. He worked at the Clinton Job Corps Center in Iowa and the W. Clement and Jessie V. Stone Foundation in Chicago.

In 1976 Canfield co-authored 100 Ways to Enhance Self-Concept in the Classroom: A Handbook for Teachers and Parents. He ran a residential Gestalt center called the New England Center for Personal and Organizational Development and was named one of the Ten Outstanding Young Men of America (TOYA) by the U.S. Jaycees in 1978.

Canfield is the founder and CEO of The Canfield Training Group in Santa Barbara, California and founder of The Foundation for Self-Esteem in Culver City, California.

He holds a Guinness World Record for having seven books on the New York Times best-seller list at the same time.

In 2005 Canfield co-authored The Success Principles: How to Get from Where You Are to Where You Want to Be. He is a founding member of the Transformational Leadership Council.

In 2006 Canfield was featured in a self-development film called The Secret. His best known books include: The Power of Focus, The Aladdin Factor, and Dare to Win.