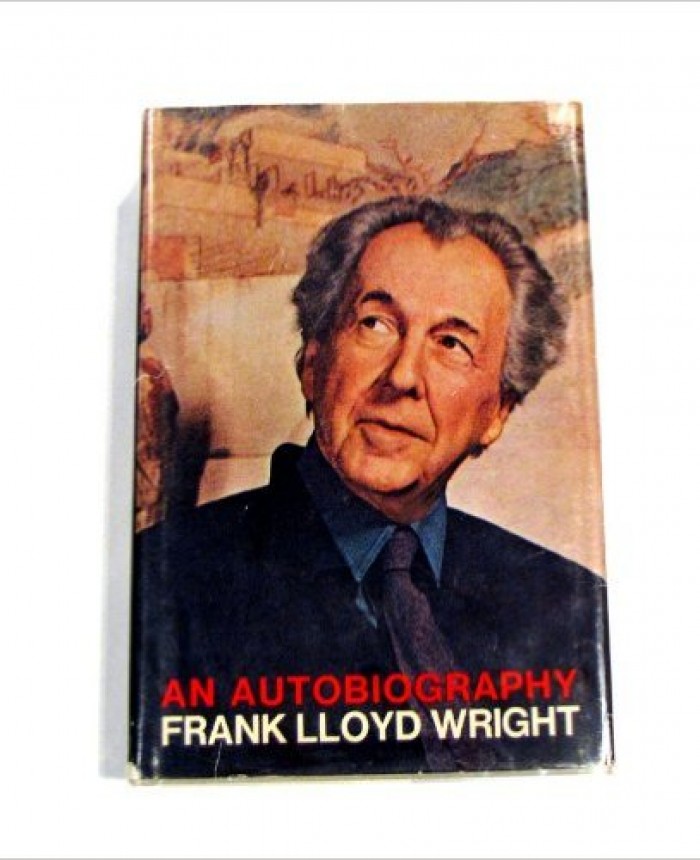 Frank Lloyd Wright exerted perhaps the greatest influence on twentieth century design. In a volume that continues to resonate more than seventy years after its initial publication, Frank Lloyd Wright: An Autobiography contains the master architect's own account of his work, his philosophy, and his personal life, written with his signature wit and charm.

Wright (1867-1959) went into seclusion in a Minnesota cabin to reflect and to record his life experiences. In 1932, the first edition of the Autobiography was published. It became a form of advertising, leading many readers to seek out the master architect--thirty apprentices came to live and learn at Taliesin, Wright's Wisconsin home/school/studio, under the master's tutelage. (By 1938, Taliesin West, in Arizona, was the winter location for Wright's school.)

The volume is divided into five sections devoted to family, fellowship, work, freedom, and form. Wright recalls his childhood, his apprenticeship with Dankmar Adler and Louis Sullivan, the turmoil of his personal life, and the background to his greatest achievements, including Hollyhock House, the Prairie and the Usonian Houses, and the Imperial Hotel in Tokyo.