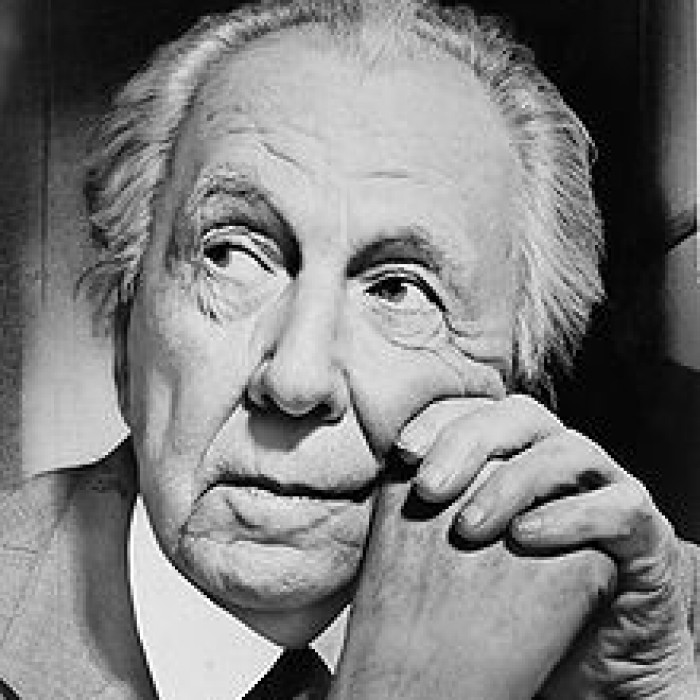 Frank Lloyd Wright (born Frank Lincoln Wright, June 8, 1867 – April 9, 1959) was an American architect, interior designer, writer, and educator, who designed more than 1,000 structures, 532 of which were completed. Wright believed in designing structures that were in harmony with humanity and its environment, a philosophy he called organic architecture.

This philosophy was best exemplified by Fallingwater (1935), which has been called "the best all-time work of American architecture". Wright was a leader of the Prairie School movement of architecture and developed the concept of the Usonian home, his unique vision for urban planning in the United States. His creative period spanned more than 70 years.

Wright attended Madison High School, but there is no evidence he ever graduated. He was admitted to the University of Wisconsin–Madison as a special student in 1886. There he joined Phi Delta Theta fraternity, took classes part-time for two semesters, and worked with a professor of civil engineering, Allan D. Conover.

Wright left the school without taking a degree (although he was granted an honorary Doctorate of Fine Arts from the University in 1955.)