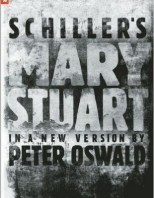 Schiller's play of 1800 pits Mary Queen of Scots against her rival Elizabeth of England. The meeting never happened, but Goethe claimed 'It will be good to see those whores alongside each other.' Schiller's Mary redeems her youthful crimes through an ordeal that lifts her into the realms of spiritual serenity, while Elizabeth descends deeper into rage, revenge and deception.