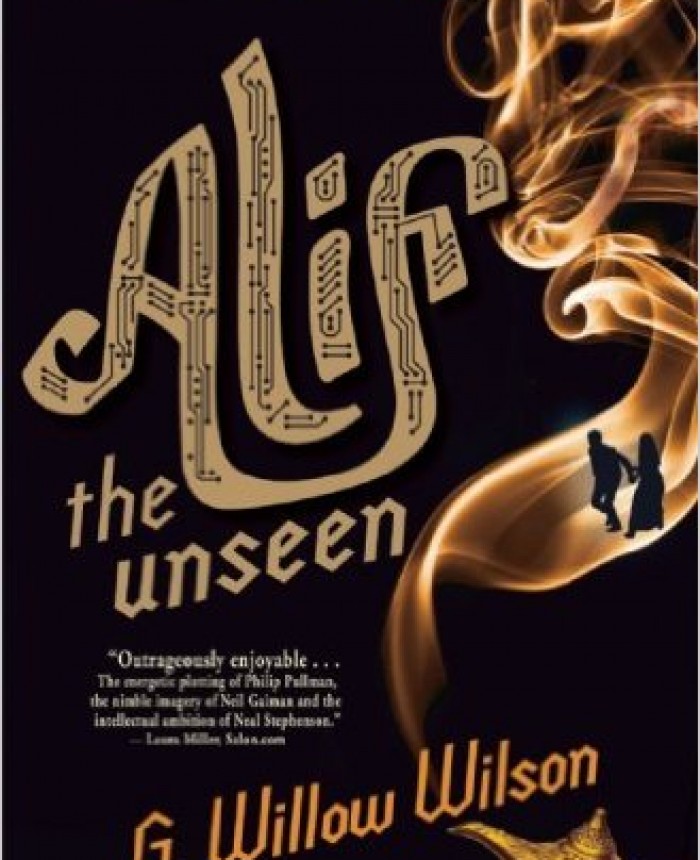 In an unnamed Middle Eastern security state, a young Arab-Indian hacker shield his clients, dissidents, outlaws, Islamists, and other watched groups from surveillance and tries to stay out of trouble. He goes by Alifthe first letter of the Arabic alphabet, and a convenient handle to hide behind. The aristocratic woman Alif loves has jilted him for a prince chosen by her parents, and his computer has just been breached by the State's electronic security force, putting his clients and his own neck on the line. Then it turns out his lover's new fianc is the head of State security, and his henchmen come after Alif, driving him underground. When Alif discovers The Thousand and One Days , the secret book of the jinn, which both he and the Hand suspect may unleash a new level of information technology, the stakes are raised and Alif must struggle for life or death, aided by forces seen and unseen. With shades of Neal Stephenson, Neil Gaiman, Philip Pullman, and The Thousand and One Nights , Alif the Unseen is a tour de force debuta sophisticated melting pot of ideas, philosophy, religion, technology and spirituality smuggled inside an irresistible page-turner.