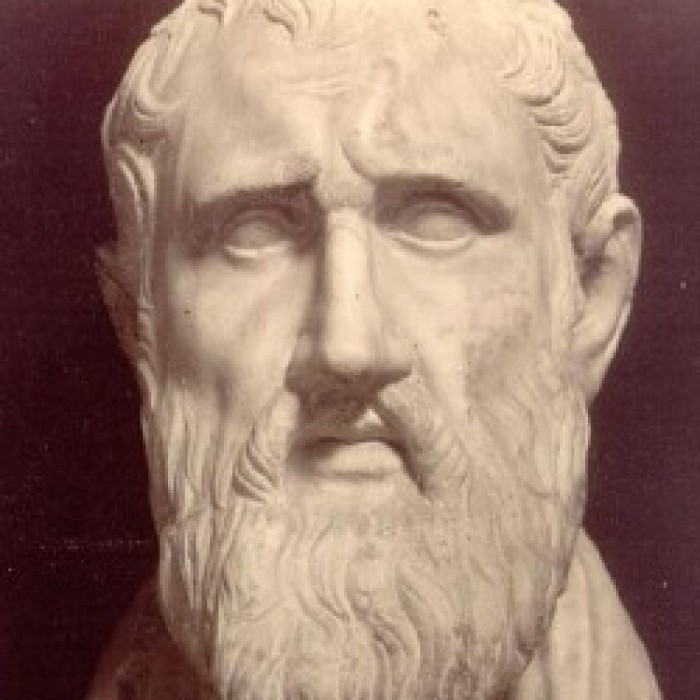 Zeno of Citium (c. 334 – c. 262 BC) was a Hellenistic thinker from Citium Cyprus, and probably of Phoenician descent.

Zeno was the founder of the Stoic school of philosophy, which he taught in Athens from about 300 BC. Based on the moral ideas of the Cynics, Stoicism laid great emphasis on goodness and peace of mind gained from living a life of Virtue in accordance with Nature.

It proved very successful, and flourished as the dominant philosophy from the Hellenistic period through to the Roman era.