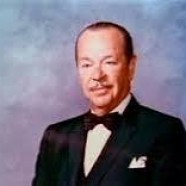 William Clement Stone was born in Chicago, Illinois on May 4, 1902. He was a businessman, philanthropist and New Thought self-help book author. William is the author of the The Success System That Never Fails book.

Stone dropped out of high school to sell insurance full-time. He later received a diploma from the YMCA Central High School in Chicago. He later took courses at Detroit College of Law and Northwestern University.

Stone was known by his famous book The Success System That Never Fails.

Stone contributed up to $10 million to President Richard Nixon's election campaigns in 1968 and 1972; they were cited in Congressional debates after the Watergate scandal to institute campaign spending limits.