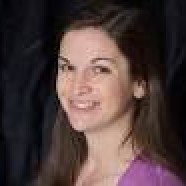 Sarah Dessen was born in Evanston, Illinois, on June 6, 1970. Dessen was born to Alan and Cynthia Dessen, both professors at the University of North Carolina. Her only brother is a musician who resides in California with his wife and daughter. Sarah was inspired by her parents' professions long before she even started writing.

When Sarah was around 8 or 9 years old, she received a typewriter as a gift and began to write her own stories.

As a teenager, Dessen was very shy and quiet. She became involved with a 21-year-old when she was 15 but cut all contact with him shortly after. She has admitted in an interview that "for many years afterward, I took total blame for everything that happened between me and T. After all, I was a bad kid. I'd done drugs, I'd lied to my mom. You can't just hang out with a guy and not expect him to get ideas, I told myself. You should have known better.

She worked at a children's shoe store when she was in high school at Chapel Hill High School (Chapel Hill, North Carolina). She was fired during the annual summer sidewalk sale.

Dessen dropped out of Greensboro College in Greensboro, North Carolina, and later took some classes at the University of North Carolina-Chapel Hill, graduating with highest honors in Creative Writing.

Dessen waitressed at the restaurant Flying Burrito in Chapel Hill while launching her writing career. She would write during the day and waitress at night. Her first book, That Summer, was published in 1996.

The books written by Sarah Dessen: