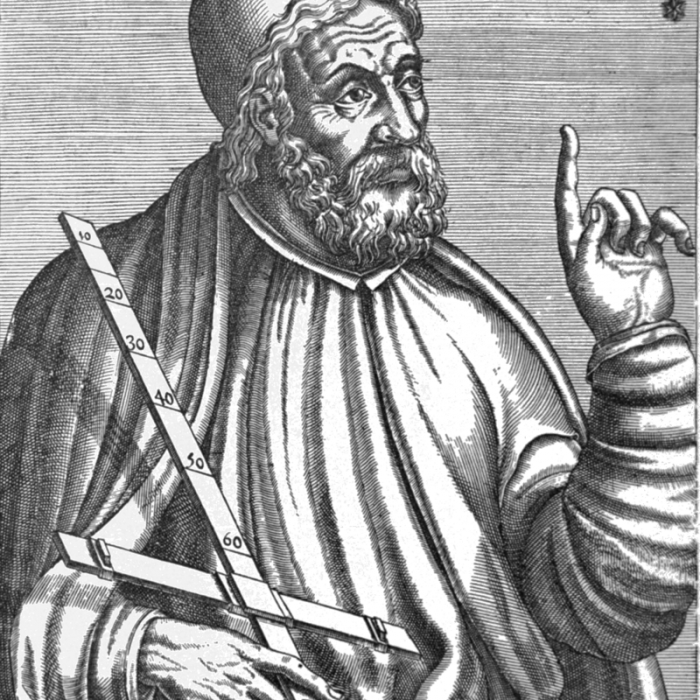 Claudius Ptolemy (c. AD 100 – c. 170) was a Greek writer, known as a mathematician, astronomer, geographer, astrologer, and poet of a single epigram in the Greek Anthology.

He lived in the city of Alexandria in the Roman province of Egypt, wrote in Koine Greek, and held Roman citizenship.

His birthplace has been given as Ptolemais Hermiou in the Thebaid in an uncorroborated statement by the 14th-century astronomer Theodore Meliteniotes.

Ptolemy wrote several scientific treatises, three of which were of importance to later Byzantine, Islamic and European science.

The first is the astronomical treatise now known as the Almagest, although it was originally entitled the "Mathematical Treatise" and then known as the "Great Treatise".

The second is the Geography, which is a thorough discussion of the geographic knowledge of the Greco-Roman world.

The third is the astrological treatise in which he attempted to adapt horoscopic astrology to the Aristotelian natural philosophy of his day.

The name Claudius is a Roman nomen; the fact that Ptolemy bore it indicates he lived under the Roman rule of Egypt with the privileges and political rights of Roman citizenship.

Ptolemaeus (Ptolemaios) is a Greek name. It occurs once in Greek mythology, and is of Homeric form.

It was common among the Macedonian upper class at the time of Alexander the Great, and there were several of this name among Alexander's army, one of whom made himself King of Egypt in 323 BC: Ptolemy I Soter.

All the kings after him, until Egypt became a Roman province in 30 BC, were also Ptolemies.

Ptolemy to be a member of Egypt's royal lineage, stating that the ten kings of Egypt who followed Alexander were wise "and included Ptolemy the Wise, who composed the book of the Almagest".

Ptolemy wrote in Greek and can be shown to have utilized Babylonian astronomical data. He was a Roman citizen, but most scholars conclude that Ptolemy was ethnically Greek, although some suggest he was a Hellenized Egyptian.

He was often known in later Arabic sources as "the Upper Egyptian suggesting he may have had origins in southern Egypt. Later Arabic astronomers, geographers and physicists referred to him by his name in Arabic: Batlamyus.

His Planetary Hypotheses went beyond the mathematical model of the Almagest to present a physical realization of the universe as a set of nested spheres, in which he used the epicycles of his planetary model to compute the dimensions of the universe.

Ptolemy presented a useful tool for astronomical calculations in his Handy Tables, which tabulated all the data needed to compute the positions of the Sun, Moon and planets, the rising and setting of the stars, and eclipses of the Sun and Moon.

Ptolemy's Handy Tables provided the model for later astronomical tables or zījes. In the Phaseis (Risings of the Fixed Stars), Ptolemy gave a parapegma, a star calendar or almanac, based on the hands and disappearances of stars over the course of the solar year.

Ptolemy's other main work is his Geography (also called the Geographia), a compilation of geographical coordinates of the part of the world known to the Roman Empire during his time.

Ptolemy also devised and provided instructions on how to create maps both of the whole inhabited world (oikoumenè) and of the Roman provinces.

Ptolemy has been referred to as “a pro-astrological authority of the highest magnitude”.

Ptolemy also wrote an influential work, Harmonics, on music theory and the mathematics of music.

His Optics is a work that survives only in a poor Arabic translation and in about twenty manuscripts of a Latin version of the Arabic, which was translated by Eugene of Palermo (c. 1154).

In it Ptolemy writes about properties of light, including reflection, refraction, and colour.

The work is a significant part of the early history of optics and influenced the more famous 11th-century Book of Optics by Alhazen (Ibn al-Haytham).