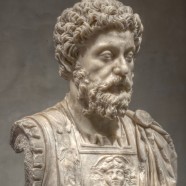 Marcus Aurelius was the last of the so-called Five Good Emperors. He was a practitioner of Stoicism, and his untitled writing, commonly known as the Meditations of Marcus Aurelius, is the most significant source of our modern understanding of ancient Stoic philosophy.