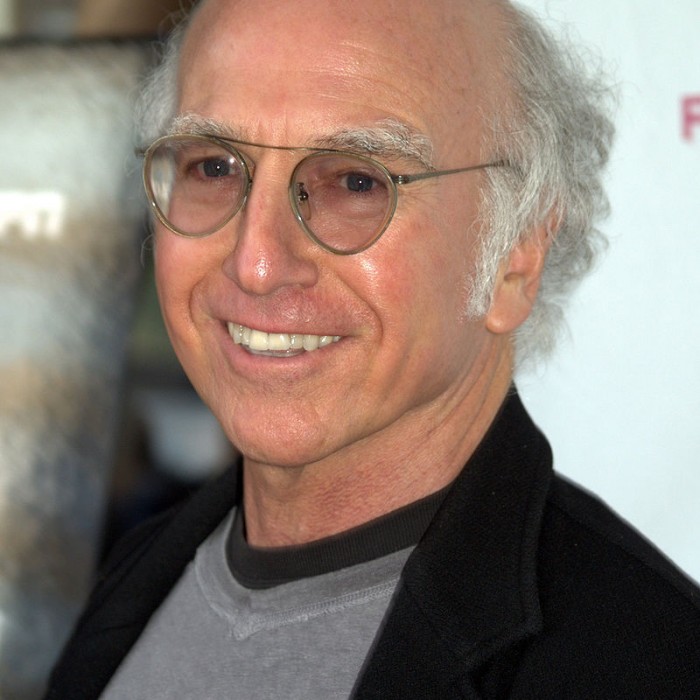 Lawrence Gene "Larry" David (born July 2, 1947) is an American comedian, writer, actor, playwright, and television producer. He and Jerry Seinfeld created the television series Seinfeld, where he served as its head writer and executive producer from 1989 to 1996. David has subsequently gained further recognition for the HBO series Curb Your Enthusiasm, which he also created, in which he stars as a semi-fictionalized version of himself. He is worth an estimated $900 million US dollars.[5]

He has won two Primetime Emmy Awards, and was voted by fellow comedians and comedy insiders as the 23rd greatest comedy star ever in a 2004 British poll to select "The Comedian's Comedian".

David has also been involved in other films and television series. David wrote and directed the 1998 film Sour Grapes, about two cousins who feud over a casino jackpot. It was neither a commercial nor a critical success. He appeared in minor parts in two Woody Allen films – Radio Days and New York Stories[38] – before taking the leading role in Allen's New York-based comedy film Whatever Works (2009).

David had a cameo appearance on the HBO series Entourage as a client of Ari Gold, and because his daughters were Hannah Montana fans, David, along with his daughters, guest-starred, as themselves, in the episode "My Best Friend's Boyfriend," in which they were waiting for a table at a fancy restaurant.[citation needed]

During the 2008 U.S Presidential Election, David supported and actively campaigned for Barack Obama. In December 2010 David penned an op-ed piece for The New York Times, a sardonic critique of the extension of Bush-era tax cuts headlined "Thanks for the Tax Cut!"

David appeared as a panelist on the NBC series The Marriage Ref and also played Sister Mary-Mengele in the 2012 reboot of The Three Stooges. David co-wrote and starred in the 2013 HBO television film Clear History.

David wrote and starred in the Broadway play Fish in the Dark. Also appearing were Rita Wilson, Jayne Houdyshell and Rosie Perez. The play centers on the death of a family patriarch. It opened March 5, 2015. Jason Alexander took over David's role in July. The play closed in August.[43][44] As of February 1, 2015, its advance sale of $13.5 million had broken records for a Broadway show.

In 2015 and 2016 David had multiple guest appearances portraying 2016 U.S. presidential candidate Bernie Sanders on Saturday Night Live; he also hosted the show on February 6, 2016, with musical guest The 1975 and a cameo from Sanders himself.