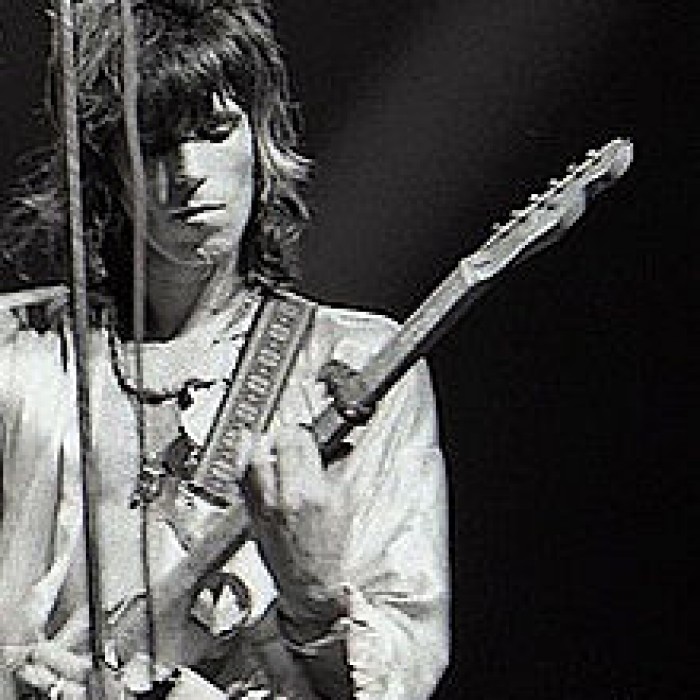 Keith Richards (born 18 December 1943) is an English guitarist, singer, songwriter, best-selling memoirist, and founding member of the rock band The Rolling Stones. Rolling Stone Magazine credited Richards for "rock's greatest single body of riffs" on guitar and ranked him 4th on its list of 100 best guitarists.

Fourteen songs that Richards wrote with the Rolling Stones' lead vocalist Mick Jagger are listed among Rolling Stone magazine's "500 Greatest Songs of All Time". The Stones are generally known for their guitar interplay of rhythm and lead ("weaving") between Richards and Brian Jones, Mick Taylor and Ronnie Wood over the years.

In spite of this, Richards plays the only guitar tracks on some of their most famous songs including "Paint It Black", "Ruby Tuesday", "Sympathy for the Devil", "Gimme Shelter"", and "Angie."