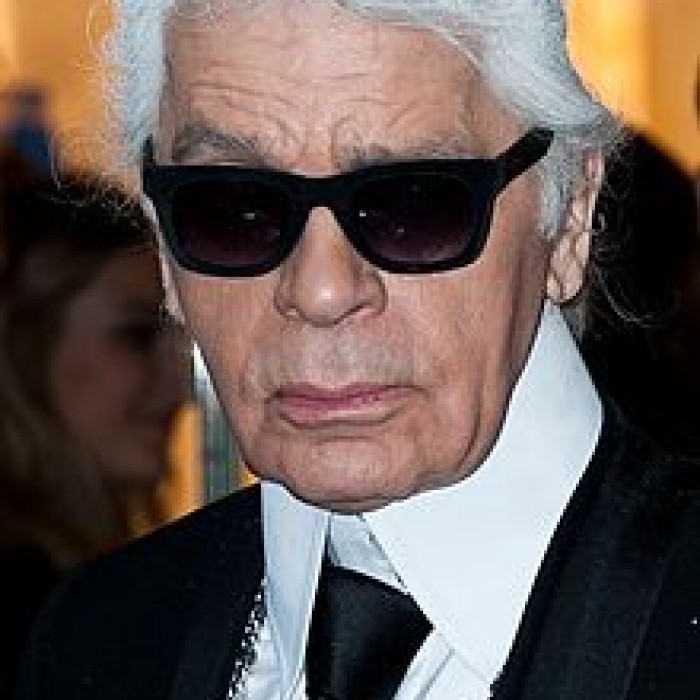 Karl Otto Lagerfeld (born 10 September 1933) is a German fashion designer, artist, and photographer based in Paris. He is the head designer and creative director of the fashion house Chanel as well as the Italian house Fendi and his own fashion label. Over the decades, he has collaborated on a variety of fashion and art-related projects. He is well recognized around the world for his trademark white hair, black glasses, and high starched collars.

Lagerfeld was born on 10 September 1933 in Hamburg, Germany and is the son of businessman Otto Lagerfeld (1881–1967), and his wife Elisabeth Bahlmann (1897–1978). His father owned a company that imported and produced evaporated milk, while his grandfather Karl Bahlmann was a local politician for the Catholic Centre Party.