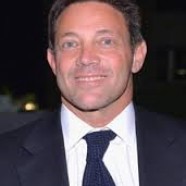 Jordan Ross Belfort (born July 9, 1962) is an American author, motivational speaker, and former stockbroker. In 1999, he pleaded guilty to fraud and related crimes in connection with stock-market manipulation and running a boiler room as part of a penny-stock scam. Belfort spent 22 months in prison as part of an agreement under which he gave testimony against numerous partners and subordinates in his fraud scheme.

He published the memoir The Wolf of Wall Street which was adapted into a film and released in 2013. The film was directed by Martin Scorsese and starred Leonardo DiCaprio as Belfort.

A movie based on his books opened in 2013 starring DiCaprio as Belfort, Jonah Hill, and Margot Robbie; the film was written by Terence Winter and directed by Martin Scorsese. He wrote his first book in the days following his release from prison (after a false start during his sentence, when he wrote and destroyed 130 initial pages). He received a $500,000 advance from Random House, and before its release, a bidding war began for the book’s film rights. The former Assistant United States Attorney who prosecuted Belfort has said that he believes that some of the details in Belfort's book may have been "invented".

Belfort has given motivational speeches. This has included a tour of live seminars in Australia entitled "The Truth Behind His Success", in addition to other international appearances. In a 60 Minutes interview regarding his new career, Belfort stated of his previous life that his "greatest regret is losing people money" and, at one point in the interview, he stormed off the set when the interviewer asked if his current financial dealings were legitimate.

He also runs sales seminars entitled "Jordan Belfort's Straight Line Sales Psychology". When he first began speaking, he focused largely on motivation and ethics, then moved his focus to sales skills and entrepreneurship.