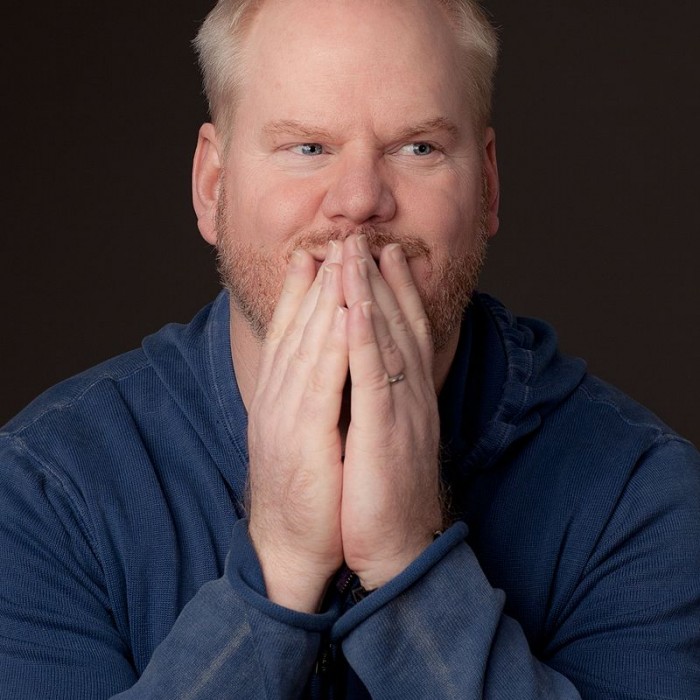 James Christopher "Jim" Gaffigan (born July 7, 1966) is an American stand-up comedian, actor, writer, and producer. His humor largely revolves around fatherhood, observations, laziness, and food. He is also regarded as a "clean" comic, using little profanity in his routines. He has had several successful comedy specials, including Mr. Universe and Jim Gaffigan: Obsessed, both of which received Grammy nominations.

His memoir, Dad Is Fat (2013) and his most recent book, Food: A Love Story (2014), are both published by Crown Publishers. He co-created and starred in a TV Land television series based on his life called The Jim Gaffigan Show.

He collaborates extensively with his wife, actress Jeannie Gaffigan, and together they have five children. They are Catholic, a topic that comes up in his comedy, and live in Manhattan, New York City.

On April 26, 2014, Gaffigan received the award for Concert Comedian at the American Comedy Awards for his work.

In, 2007 "Pale Force" was nominated for a Daytime Emmy for Outstanding Broadband Program in the Comedy category. Gaffigan served as executive producer, writer, and lead actor.

In 2015, he was nominated and won an Emmy for Outstanding Morning Program for his contributions to CBS Sunday Morning.

The Grammy Awards are awarded annually by the National Academy of Recording Arts and Sciences. Gaffigan has been nominated twice.