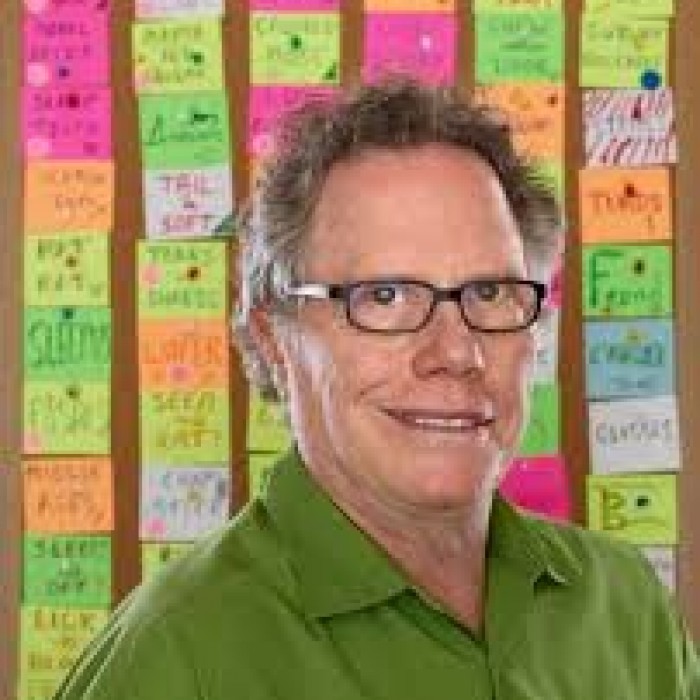 Jack Handey (born February 25, 1949) is an American humorist. He is best known for his "Deep Thoughts by Jack Handey", a large body of surrealistic one-liner jokes, as well as his "Fuzzy Memories" and "My Big Thick Novel" shorts. Although many people assume otherwise, Handey is a real person, not a pen name or character.

Handey's earliest writing job was for a newspaper, the San Antonio Express-News. He lost the job, in his words, after writing "an article that offended local car dealerships". His first comic writing was with comedian Steve Martin. According to Martin, Handey got a job writing for Saturday Night Live after Martin introduced Handey to the show's creator, Lorne Michaels.

For several years Handey worked on other television projects: the Canadian sketch series Bizarre in 1980; the 1980 TV special Steve Martin: Comedy Is Not Pretty; and Lorne Michaels' short-lived sketch show on NBC called The New Show in 1984. Handey returned to Saturday Night Live in 1985 as a writer.

In April 1984, National Lampoon published the first of Jack Handey's Deep Thoughts. Additional Deep Thoughts appeared in the October and November 1984 editions as well as in the short-lived comedy magazine Army Man, while more appeared in 1988 in The Santa Fe New Mexican. The one-liners were to become Handey's signature work, notable for their concise humor and their outlandish hypothetical situations.

Other Handey creations that appeared on SNL include the Unfrozen Caveman Lawyer, "Fuzzy Memories" which depicted reenactments of a twisted childhood memory and aired in the late 1990s, and the short-lived "My Big Thick Novel", which were spoken excerpts from a very long book in the style of "Deep Thoughts" and which aired during the 2001–03 seasons of SNL.

In early April 2008, Handey published his first collection of magazine humor pieces, "What I'd Say to the Martians and Other Veiled Threats". The Associated Press critic Jake Coyle wrote, "With absurdist musings such as these, Handey has established himself as the strangest of birds: a famous comedian whose platform is not the stage or screen, but the page." Handey subsequently became a regular contributor to The New Yorker Shouts and Murmurs section.

On July 16, 2013 Handey's first novel, The Stench of Honolulu, was released. Handey was born in San Antonio, Texas, in 1949. His family later moved to El Paso, Texas, where Handey attended Eastwood High School (where he was editor of Sabre, the school newspaper) and the University of Texas at El Paso.