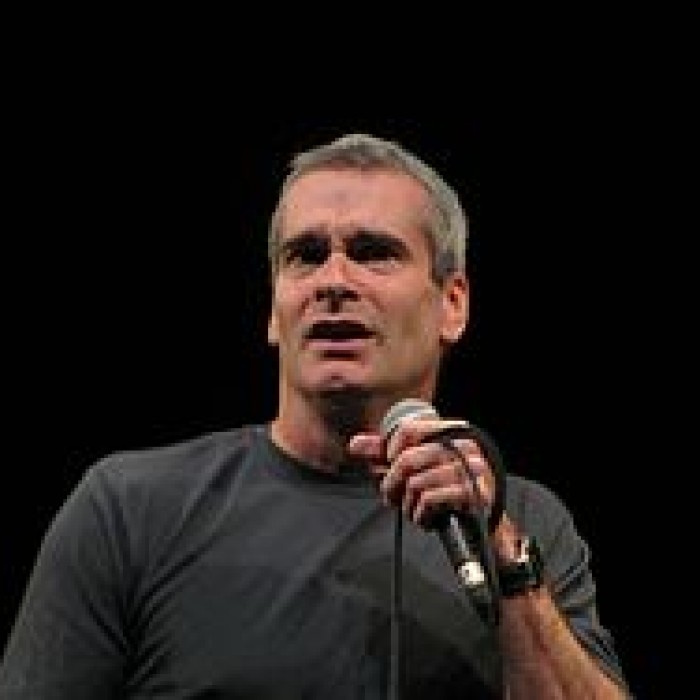 Henry Rollins (born Henry Lawrence Garfield; February 13, 1961) is an American musician, actor, writer, television and radio host, and comedian. He hosts a weekly radio show on KCRW, and is a regular columnist for LA Weekly and Rolling Stone Australia.

After performing in the short-lived Washington, D.C. band State of Alert in 1980, Rollins fronted the California hardcore punk band Black Flag from August 1981 until mid-1986. Following the band's breakup, Rollins established the record label and publishing company 2.13.61 to release his spoken word albums, and formed the Rollins Band, which toured with a number of lineups from 1987 until 2003, and during 2006.

Since Black Flag disbanded, Rollins has hosted numerous radio shows, such as Harmony in My Head on Indie 103, and television shows such as The Henry Rollins Show, MTV's 120 Minutes, and Jackass.

He had recurring dramatic roles in the second season of Sons of Anarchy, in the final seasons of the animated series The Legend of Korra as Zaheer, and has also had roles in several films. Rollins has campaigned for various political causes in the United States, including promoting LGBT rights, World Hunger Relief, the West Memphis Three and an end to war in particular.