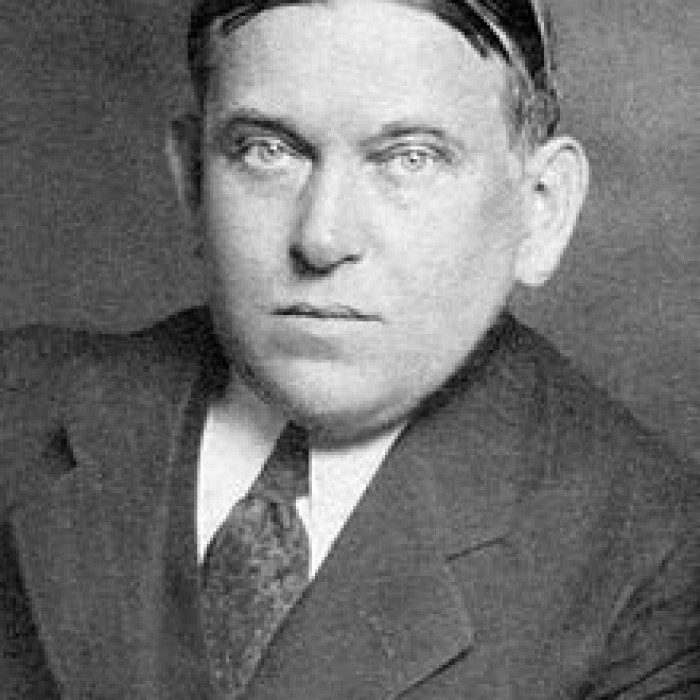 Henry Louis Mencken (September 12, 1880 – January 29, 1956) was an American journalist, satirist, cultural critic and scholar of American English. Known as the "Sage of Baltimore", he is regarded as one of the most influential American writers and prose stylists of the first half of the twentieth century.

He commented widely on the social scene, literature, music, prominent politicians and contemporary movements. His satirical reporting on the Scopes trial, which he dubbed the "Monkey Trial", also gained him attention.

Mencken's longtime home in the Union Square neighborhood of West Baltimore was turned into a city museum, the H. L. Mencken House. His papers were distributed among various city and university libraries, with the largest collection held in the Mencken Room at the central branch of Baltimore's Enoch Pratt Free Library.