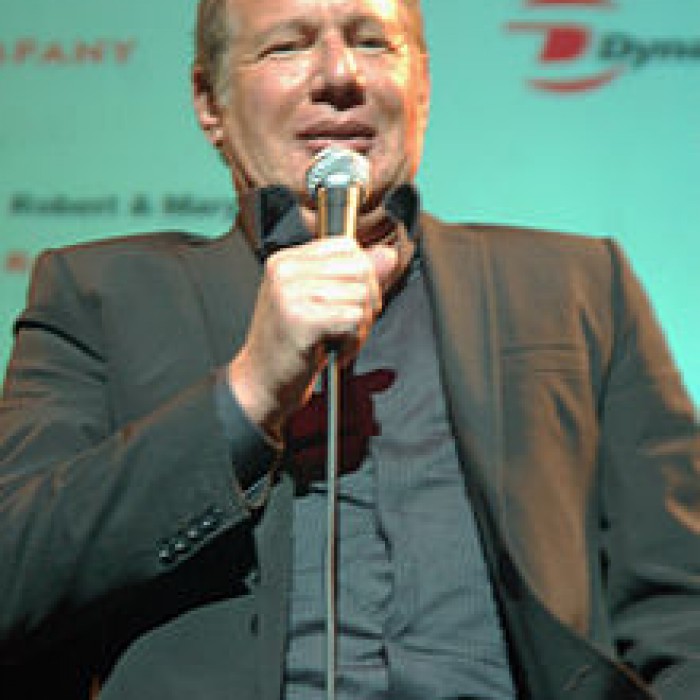 Garry Emmanuel Shandling (November 29, 1949 – March 24, 2016) was an American stand-up comedian, actor, writer, and producer, best known for his work in It's Garry Shandling's Show and The Larry Sanders Show.

Shandling began his career writing for sitcoms, such as Sanford and Son and Welcome Back, Kotter. He made a successful stand-up performance on The Tonight Show Starring Johnny Carson and became a frequent guest-host on the show. Shandling was for a time considered the leading contender to replace Carson.

In 1986, he created It's Garry Shandling's Show for Showtime. It was nominated for four Emmy Awards and lasted until 1990. His second show titled The Larry Sanders Show, which began airing on HBO in 1992, was even more successful.

He worked at an advertising agency for a time, and then sold a script for the popular NBC sitcom Sanford and Son. In addition to Sanford and Son, Shandling wrote scripts for the sitcoms Welcome Back, Kotter and attended a story meeting for Three's Company.

The first season was re-released in 2007, along with a Not Just the Best of the Larry Sanders Show, which were Shandling's pick of the best 23 episodes. Shandling won two British Comedy Awards, 12 CableACE Awards , a BAFTA Award and was nominated for two Writers Guild of America Awards for The Larry Sanders Show.