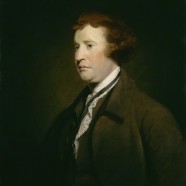 Edmund Burke ( 12 January [NS] 1729[1] – 9 July 1797) was an Irish statesman born in Dublin, as well as an author, orator, political theorist, and philosopher who, after moving to London, served as a member of parliament (MP) for many years in the House of Commons with the Whig Party.

Burke is remembered mainly for his support of the cause of the American Revolutionaries, Catholic emancipation, the impeachment of Warren Hastings from the East India Company, and for his later objections about the French Revolution, the latter leading to his becoming the leading figure within the conservative faction of the Whig Party, which he dubbed the "Old Whigs", as opposed to the pro–French Revolution "New Whigs", led by Charles James Fox.

In the nineteenth century Burke was praised by both conservatives and liberals.Subsequently, in the twentieth century, he became widely regarded as the philosophical founder of modern conservatism