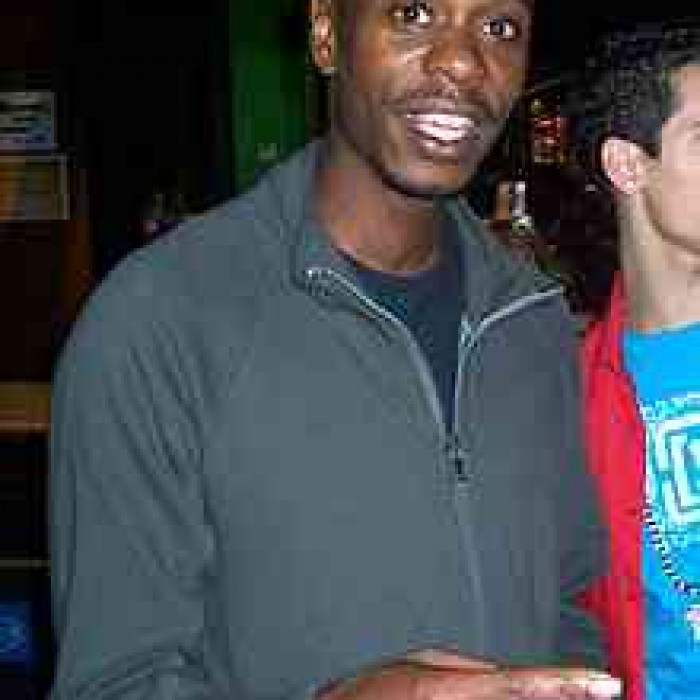 After beginning his film career in 1993 as Ahchoo in Mel Brooks' Robin Hood: Men in Tights, he landed supporting roles in box office hits including The Nutty Professor, Con Air, You've Got Mail, Blue Streak and Undercover Brother.

His first lead role was in the 1998 comedy film Half Baked, which he co-wrote with Neal Brennan. Chappelle also starred in the ABC TV series Buddies.

In 2003, Chappelle became more widely known for his sketch comedy television series, Chappelle's Show, also co-written with Brennan, which ran until his retirement from the show two years later. The show continues to run in late-night syndication and on television networks around the world.

In 2000, Chappelle recorded his first hour-long HBO special, Dave Chappelle: Killin' Them Softly, in Washington, DC. He followed this up with an appearance as "Conspiracy Brother" in the 2002 racial satire Undercover Brother.

Chappelle lives with his family in Yellow Springs, Ohio, and continues to perform stand-up comedy. In 2009, Comedy Central ranked him No. 43 in the "100 Greatest Stand-Ups of All Time".