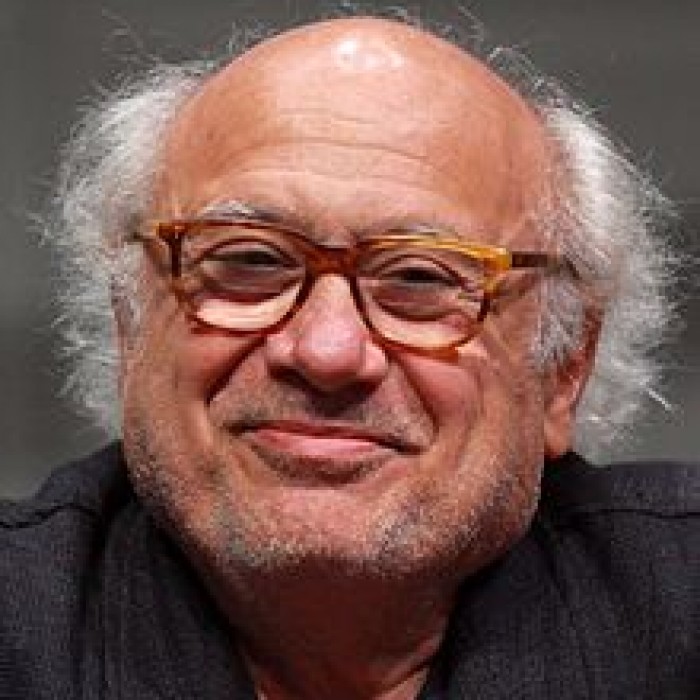 Daniel Michael DeVito, Jr. (born November 17, 1944) is an American actor, comedian, director and producer. He gained prominence for his portrayal of the taxi dispatcher Louie De Palma in the television series Taxi (1978–1983), which won him a Golden Globe and an Emmy.

A major film star, he is known for his roles in Tin Men, Throw Momma from the Train, One Flew Over the Cuckoo's Nest, Ruthless People, Man on the Moon, Terms of Endearment, Romancing the Stone, Twins, Batman Returns, Look Who's Talking Now, Big Fish, Other People's Money, Get Shorty, Be Cool, and L.A. Confidential and for his voiceover in such films as Space Jam, Hercules and The Lorax.

DeVito and wife Rhea Perlman starred together in his 1996 film Matilda, based on Roald Dahl's children's novel. DeVito was also one of the producers nominated for an Academy Award for Best Picture for Erin Brockovich.

He currently stars as Frank Reynolds on the FX and FXX sitcom It's Always Sunny in Philadelphia. He directs, produces and appears in graphic, short, horror films for his Internet venture The Blood Factory.

DeVito's short stature is the result of multiple epiphyseal dysplasia (Fairbank's disease), a rare genetic disorder that affects bone growth in those afflicted.

In March 2016, DeVito endorsed Bernie Sanders for President. In July 2016, he endorsed Labour Party leader Jeremy Corbyn, and in May 2017, before 2017 UK General Election DeVito said of Corbyn, "I like the idea of people telling the truth. I like them to get to the bottom of things, really." He endorsed Corbyn to become He endorsed Mr Corbyn for Prime Minister saying he was "way better than [David] Cameron" and Tony Blair who he called "that sketchy guy that hung out with [George W] Bush".