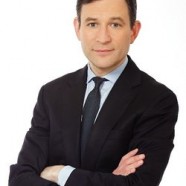 Dan Harris (born July 26, 1971) is a correspondent for ABC News, an anchor for Nightline and co-anchor for the weekend edition of Good Morning America.

Before that, he was the anchor of the Sunday edition of World News. He regularly contributes stories for such shows as Nightline, 20/20, World News with Diane Sawyer and GMA. Harris has reported from all over the planet, covering wars in Afghanistan, Israel/Palestine and Iraq, and producing investigative reports in Haiti, Cambodia, and the Congo. He has also spent many years covering America's faith scene, with a focus on evangelicals -- who have treated him kindly despite the fact that he is openly agnostic. He has been at ABC News for 13 years. Before that, he was in local news in Boston and Maine. He grew up outside of Boston and currently lives with his wife, Bianca, in New York City.