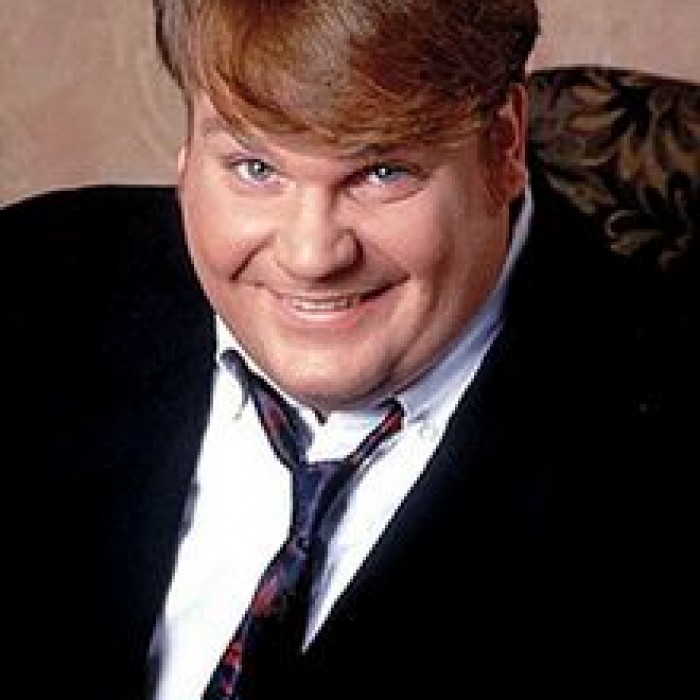 Christopher Crosby "Chris" Farley (February 15, 1964 – December 18, 1997) was an American actor and comedian. Farley was known for his loud, energetic comedic style, and was a member of Chicago's Second City Theatre and later a cast member of the NBC sketch comedy show Saturday Night Live between 1990 and 1995. Farley died of a drug overdose in 1997 at the age of 33.

During his time on SNL, Farley appeared in the comedy films Wayne's World, Coneheads, Airheads, and uncredited in Billy Madison. He also appeared in the Red Hot Chili Peppers music video for "Soul to Squeeze", which was a song featured on the Coneheads soundtrack.

After Farley and most of his fellow cast members were released from their contracts at Saturday Night Live following the 1994–1995 season, Farley began focusing on his film career. His first two major films co-starred his fellow SNL colleague and close friend David Spade.

Together, the duo made the films Tommy Boy and Black Sheep. These were a success at the domestic box office, earning around $32 million each and gaining a large cult following on home video.

The two films established Farley as a relatively bankable star and he was given the title role of Beverly Hills Ninja, which finished in first place at the box office on its opening weekend.

On August 26, 2005, Farley was posthumously awarded the 2,289th star on the Hollywood Walk of Fame, located in front of iO West.

An authorized biography of Farley, The Chris Farley Show, was written by his brother Tom, Jr. and Tanner Colby. The song "Purple Stain" from the Red Hot Chili Peppers' 1999 album, Californication, contains the lyric "Farley is an angel and I can prove this" as a tribute to Farley.

In 2013, Farley's official Facebook page announced that a documentary on Farley's life was in production by Network Entertainment and Hodgee Films, called I Am Chris Farley. The film was directed by Brent Hodge, director of A Brony Tale, What Happens Next? and Cameron's House Rules and Derik Murray, director of I Am Evel Knievel. On August 10, 2015, the documentary made its television debut.