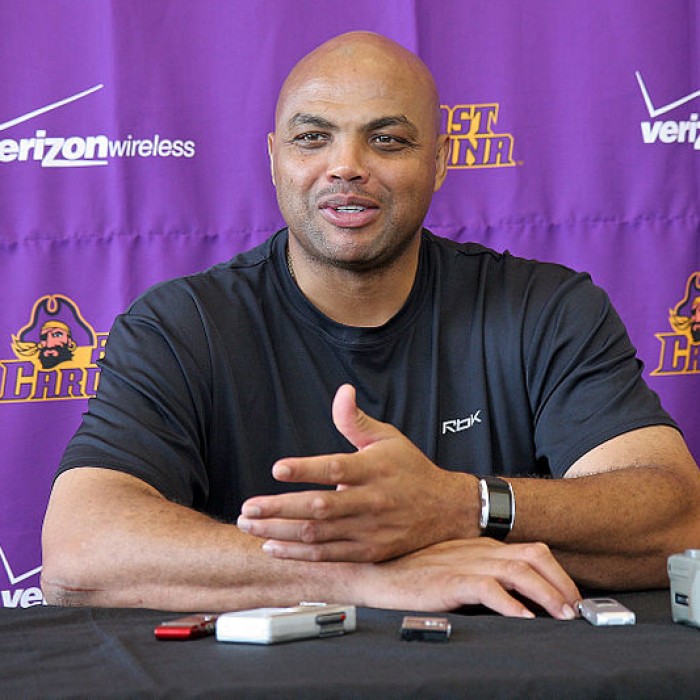 Charles Wade Barkley (born February 20, 1963) is an American retired professional basketball player and current analyst on the television program Inside the NBA. Nicknamed "Chuck", "Sir Charles", and "The Round Mound of Rebound", Barkley established himself as one of the National Basketball Association's most dominating power forwards. An All-American center at Auburn, he was drafted as a junior by the Philadelphia 76ers with the 5th pick of the 1984 NBA draft.

Barkley was popular with the fans and media and made the NBA's All-Interview Team for his last 13 seasons in the league. He was frequently involved in on- and off-court fights and sometimes stirred national controversy, as in March 1991 when he spat on a young girl while attempting to spit at a heckler, and as in 1993 when he declared that sports figures should not be considered role models.

Short for a power forward, Barkley used his strength and aggressiveness to become one of the NBA's most dominant rebounders. He was a versatile player who had the ability to score, create plays, and defend. In 2000, he retired as the fourth player in NBA history to achieve 20,000 points, 10,000 rebounds and 4,000 assists.

Since retiring as a player, Barkley has had a successful career as a television NBA analyst. He works with Turner Network Television (TNT) alongside of Shaquille O'Neal, Kenny Smith, and Ernie Johnson as a studio pundit for its coverage of NBA games and is a spokesman for CDW.

In addition, Barkley has written several books and has shown an interest in politics; in October 2008, he announced that he would run for Governor of Alabama in 2014, but he changed his mind in 2010.