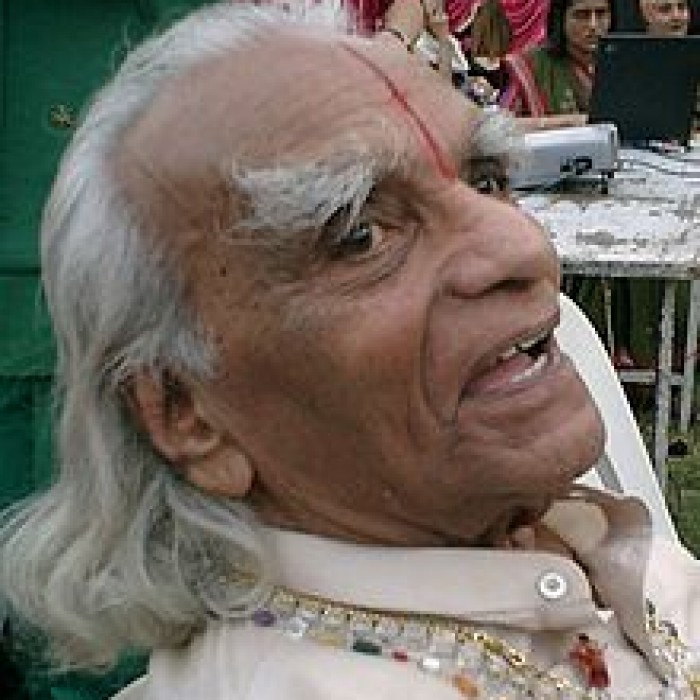 Bellur Krishnamachar Sundararaja Iyengar (14 December 1918 – 20 August 2014), better known as B.K.S. Iyengar, was the founder of the style of yoga known as "Iyengar Yoga" and was considered one of the foremost yoga teachers in the world. He was the author of many books on yoga practice and philosophy including Light on Yoga, Light on Pranayama, Light on the Yoga Sutras of Patanjali, and Light on Life.

Iyengar was one of the earliest students of Tirumalai Krishnamacharya, who is often referred to as "the father of modern yoga". He has been credited with popularizing yoga, first in India and then around the world.

The Indian government awarded Iyengar the Padma Shri in 1991, the Padma Bhushan in 2002 and the Padma Vibhushan in 2014. In 2004, Iyengar was named one of the 100 most influential people in the world by Time magazine.

With the encouragement of Krishnamacharya, Iyengar, aged 18,[9] moved to Pune in 1937 to teach yoga. He spent many hours each day learning and experimenting with various techniques.

He taught yoga to several noted personalities including Jiddu Krishnamurti, Jayaprakash Narayan, and Yehudi Menuhin. He taught sirsasana (head stand) to Elisabeth, Queen of Belgium when she was 80.

Among his other devotees were the novelist Aldous Huxley, the actress Annette Bening, the film maker Mira Nair and the designer Donna Karan, as well as prominent Indian figures, including the cricketer Sachin Tendulkar and the Bollywood actress Kareena Kapoor.