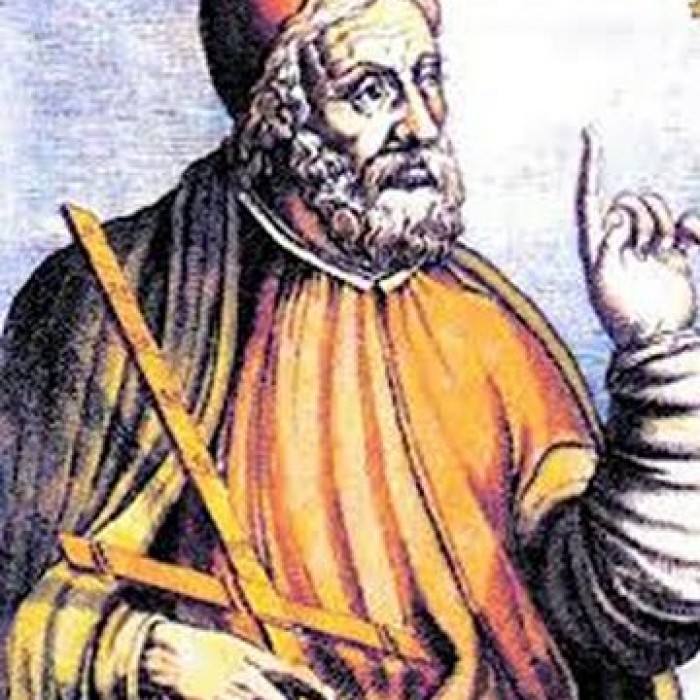 Aristarchus of Samos  was an ancient Greek astronomer. He was born in 310BC and died in 230BC. Raised in Ionia, Aristarchus is most famous for his hypothesis that the Sun was the center of the universe. Many of the astronomers of the period believed that the Earth was the center. Aristarchus contradicted this idea with his own theory.

He also indicated that the Earth and other planets revolved around the Sun. To further expand his theory, Aristarchus pointed out that stars are actually distant Suns that did not move at all and added that the Universe is much bigger than his contemporaries thought. His declarations were met with fiery opposition. A Greek Stoic known as Cleanthes actually proposed that Aristarchus should be prosecuted and tried for impiety for declaring that the hearth of the Universe actually moved around anything else.

In ancient times, technology and ideas were borrowed from one nation to another. For example, Egypt shared its mathematical knowledge with Greece. Babylon also shared its astronomical knowledge with Greece too. The exploits of Alexander the Great allowed this astronomical information to flow from the Eastern empire to Greece. It was this sharing of ideas that inspired Aristarchus to come up with the Heliocentric hypothesis. Consequently, his work inspired other astronomers to share in the view and even create their own new hypotheses.

Interestingly, it was his followers who spread word about Aristarchus being the origin of the Heliocentric hypothesis. His original work on the motion of the Earth did not survive the turmoil that faced Greece later on. As such, it was the discoveries made by those he inspired that made his name and claim known to later generations.

Who did Aristarchus inspire?

Aristarchus' work inspired a collection of scientists and astronomers. He inspired Archimedes the mathematician, Plutarch the biographer and Sextus Empiricus the Greek philosopher. In his publication known as the “Sand-reckoner”, Archimedes indicated that the Heliocentric hypothesis would mean that the universe is actually larger than many astronomers believed. This is because the Earth would cause a parallax or shift of star positions in the sky during its revolution around the Sun unless the stars are actually so far away that the effect is nullified.

Much later on in the 16th century, Aristarchus also inspired Nicolaus Copernicus, an astronomer from Poland. In the original draft of his publication, “Six Books Concerning the Revolution of the Heavenly Orbs” (1543), Nicolaus indicated that Aristarchus was an ancient authority in the idea that the Earth revolved around the Sun.


Later developments of his hypothesis

Aristarchus of Samos only had one body of work that survived through the centuries. It was a publication titled, “On the Sizes and Distances of the Sun and the Moon.” it is a geometric analysis of the dimensions of these heavenly bodies and how far they are from the Earth.

In this publication, Aristarchus indicated a variety of facts. An example of such is that the diameter of the Earth's shadow is twice that of the Moon's during a lunar eclipse. It also indicated that the Sun and the Moon are both 2 degrees in angular diameter. Furthermore, Aristarchus indicated in this publication that by the quarter phase of the Moon, the angular distance between it and the Sun is 87 degrees.

While these measurements and declarations have been found to be less than accurate today, ancient Greece considered the geometric method to be more important than the measurements that were quoted. It is important to note that this work also inspired later astronomers to explore Aristarchus' facts and make corrective alterations. Some examples of those who did this include Ptolemy and Hipparchus.

Aristarchus of Samos is one of the most important figures in the history of astronomy. His Heliocentric hypothesis has survived to date and is justified by space exploration. He was one of the early masters who created the foundation of astronomy for ancient Greece and the world at large.