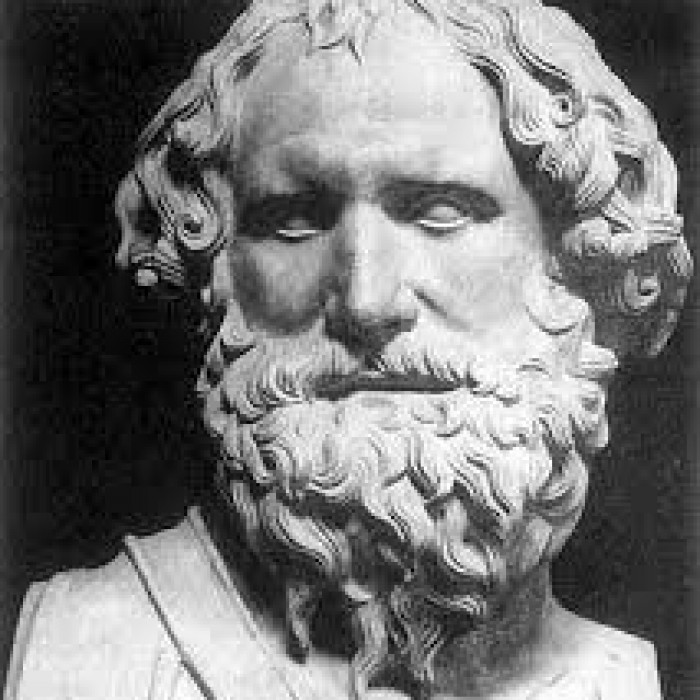 Archimedes of Syracuse (c. 287 – c. 212 BC) was a Greek mathematician, physicist, engineer, inventor, and astronomer.

Although few details of his life are known, he is regarded as one of the leading scientists in classical antiquity.

Archimedes anticipated modern calculus and analysis by applying concepts of infinitesimals and the method of exhaustion to derive and rigorously prove a range of geometrical theorems, including the area of a circle, the surface area and volume of a sphere, and the area under a parabola.

Archimedes died during the Siege of Syracuse when he was killed by a Roman soldier despite orders that he should not be harmed.

Archimedes was born c. 287 BC in the seaport city of Syracuse, Sicily, at that time a self-governing colony in Magna Graecia, located along the coast of Southern Italy.

Archimedes died c. 212 BC during the Second Punic War, when Roman forces under General Marcus Claudius Marcellus captured the city of Syracuse after a two-year-long siege.

The tomb of Archimedes carried a sculpture illustrating his favorite mathematical proof, consisting of a sphere and a cylinder of the same height and diameter.

Archimedes had proven that the volume and surface area of the sphere are two thirds that of the cylinder including its bases.

the Archimedes' screw was purportedly developed in order to remove the bilge water. Archimedes' machine was a device with a revolving screw-shaped blade inside a cylinder.

The world's first seagoing steamship with a screw propeller was the SS Archimedes, which was launched in 1839 and named in honor of Archimedes and his work on the screw.

Archimedes may have used mirrors acting collectively as a parabolic reflector to burn ships attacking Syracuse.

While he is often regarded as a designer of mechanical devices, Archimedes also made contributions to the field of mathematics.

Archimedes was able to use infinitesimals in a way that is similar to modern integral calculus.

Archimedes proved that the area enclosed by a parabola and a straight line is 4/3 times the area of a corresponding inscribed triangle as shown in the figure at right.

The works of Archimedes were written in Doric Greek, the dialect of ancient Syracuse.

The treatises in the Archimedes Palimpsest are: On the Equilibrium of Planes, On Spirals, Measurement of a Circle, On the Sphere and the Cylinder, On Floating Bodies, The Method of Mechanical Theorems and Stomachion.