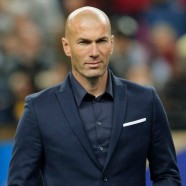 He played as an attacking midfielder for the France national team, Cannes, Bordeaux, Juventus and Real Madrid. Renowned for his elegance, vision, ball control and technique, Zidane was named the best European footballer of the past 50 years in the UEFA Golden Jubilee Poll.

He is widely regarded as one of the greatest players in the history of the game.