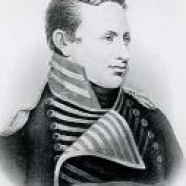 Ze Frank born Hosea Jan Frank was born on March 31, 1972 in a suburb of Albany, New York. He is an American online performance artist, composer, humorist and public speaker based in Los Angeles, California. He is currently the president of BuzzFeed Motion Pictures.

He was educated at Montessori school, known for its constructivist teaching methods, and graduated with a B.S. in Neuroscience from Brown University in 1995.

He was listed as second author on a paper published in The Journal of Neuroscience, which was featured briefly in episode 21 of a show on May 25, 2012 called My Pupils, explaining that his study of neuroscience of vision was motivated by his harmless anisocoria condition.

In March 17, 2006, Frank launched the daily video program the show with zefrank. The format of the program combined commentary on media and current events with viewer contributions and activities. Each tightly edited three-to-five-minute episode combined Daily Show-style commentary on world events with songs, observations, and occasional games or challenges for his viewers to participate in. Thousands of photos, videos and music files were contributed by the audience, including over 1,000 photos in one 20-hour period.