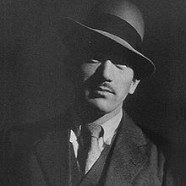 Yasujirō Ozu was born on December 12, 1903, Fukagawa, Tokyo, Tokyo, Japan. He was a Japanese film director and screenwriter. He began his career during the era of silent films. Ozu first made a number of short comedies, before turning to more serious themes in the 1930s.

In March 1921 he graduated from the high school. He attempted the exam for what is now Kobe University's economics department, but failed. In 1922 he took the exam for a teacher training college, but failed it.

On 31 March 1922 he began working as a substitute teacher at a school in Mie prefecture. He is said to have travelled the long journey from the school in the mountains to watch films at the weekend. In December 1922, his family, with the exception of Ozu and his sister, moved back to Tokyo to live with his father. In March 1923, when his sister graduated, he also went to Tokyo.

Ozu first made a number of short comedies, before turning to more serious themes in the 1930s.