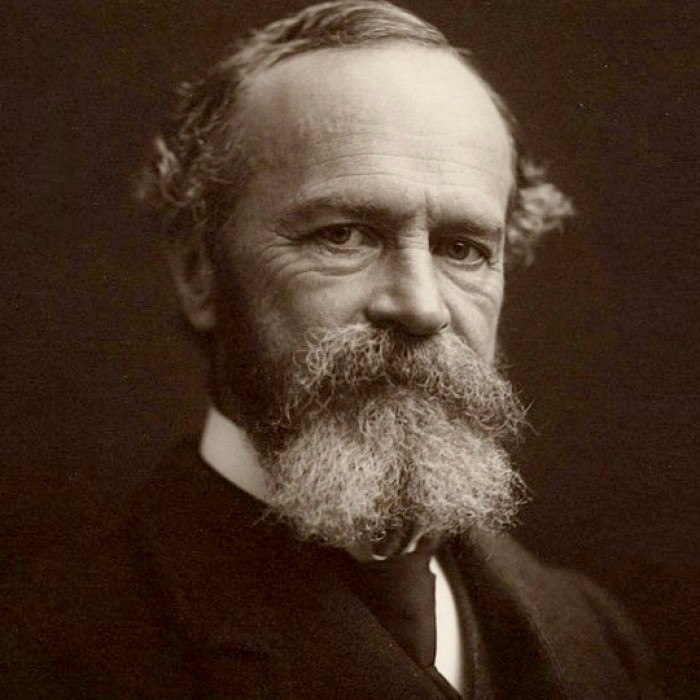 William James (January 11, 1842 – August 26, 1910) was an American philosopher and psychologist who was also trained as a physician. The first educator to offer a psychology course in the United States, James was one of the leading thinkers of the late nineteenth century and is believed by many to be one of the most influential philosophers the United States has ever produced, while others have labeled him the "Father of American psychology".

Along with Charles Sanders Peirce and John Dewey, James is considered to be one of the major figures associated with the philosophical school known as pragmatism, and is also cited as one of the founders of functional psychology. A Review of General Psychology survey, published in 2002, ranked James as the 14th most cited psychologist of the 20th century.

Born into a wealthy family, James was the son of the Swedenborgian theologian Henry James Sr. and the brother of both the prominent novelist Henry James, and the diarist Alice James. James wrote widely on many topics, including epistemology, education, metaphysics, psychology, religion, and mysticism.

Among his most influential books are The Principles of Psychology, which was a groundbreaking text in the field of psychology, Essays in Radical Empiricism, an important text in philosophy, and The Varieties of Religious Experience, which investigated different forms of religious experience, which also included the then theories on mind-cure.