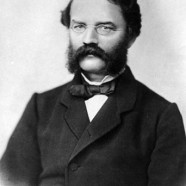 Werner von Siemens was born in Lenthe, near Hanover (Germany), on December 13, 1816; he was a German inventor and industrialist. Siemens’s name has been adopted as the SI unit of electrical conductance, the Siemens. In 1847 He laid the foundation of the electrical and telecommunications company Siemens (SIEMENS AG).

Ernst Werner Siemens was born in Lenthe, today part of Gehrden, near Hannover, in the Kingdom of Hanover in the German Confederation, the fourth child (of fourteen) of a tenant farmer of the Siemens family, an old family of Goslar, documented since 1384. He was a brother of Carl Heinrich von Siemens and Carl Wilhelm Siemens, sons of Christian Ferdinand Siemens (31 July 1787 – 16 January 1840) and wife Eleonore Deichmann (1792 – 8 July 1839).