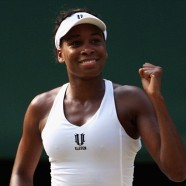 She has been ranked World No. 1 in singles by the Women's Tennis Association on three occasions, for a total of 11 weeks. She became the World No. 1 for the first time on February 25, 2002, becoming the first black American woman to achieve this feat during the Open Era.

She is credited with ushering in a new era of power and athleticism on the women's professional tennis tour, and is generally regarded as one of the all-time greats of women's tennis.