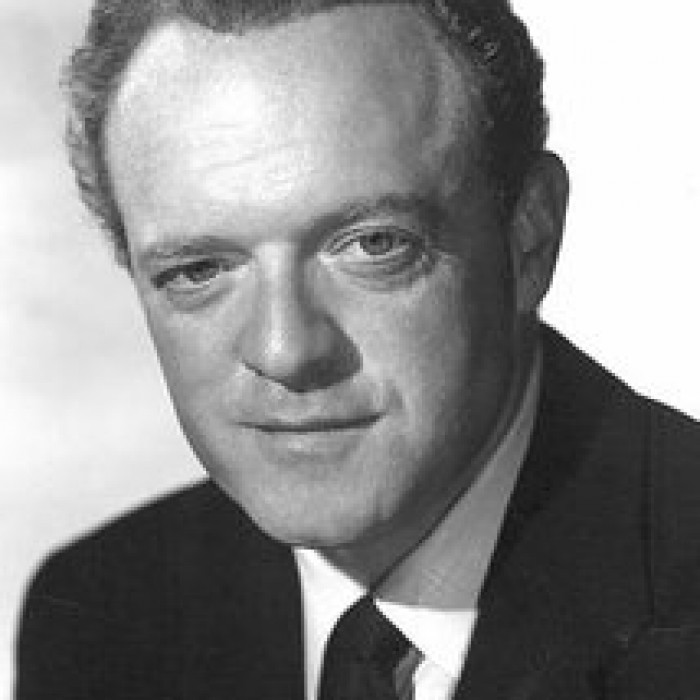 Craggy-faced, dependable star character actor Van Heflin never quite made the Hollywood "A" list, but made up for what he lacked in appearance with hard work, charisma and solid acting performances. He was born Emmett Evan Heflin in Oklahoma in December 1910, the son of Fanny Bleecker (Shippey) and Emmett Evan Heflin, a dental surgeon. When his parents separated his brother and sister stayed with his mother, while he was farmed out to his grandmother in California. He was never quite settled and his restless spirit led him to ship out on a tramp steamer after graduating from school. After a year at sea he studied for a law degree at the University of Oklahoma, but after two years he decided he had enough and went back to sailing the Pacific. When he returned he decided to try his hand at acting and enrolled at the prestigious Yale School of Drama. His first foray into theatre was the comedy "Mister Moneypenny" (1928) (credited as "Evan Heflin"). It was indifferently received and Van went back to sea, this time for three years. In 1934 he returned to the stage in the plays "The Bride of Torozko" and "The Night Remembers", both outright disasters.