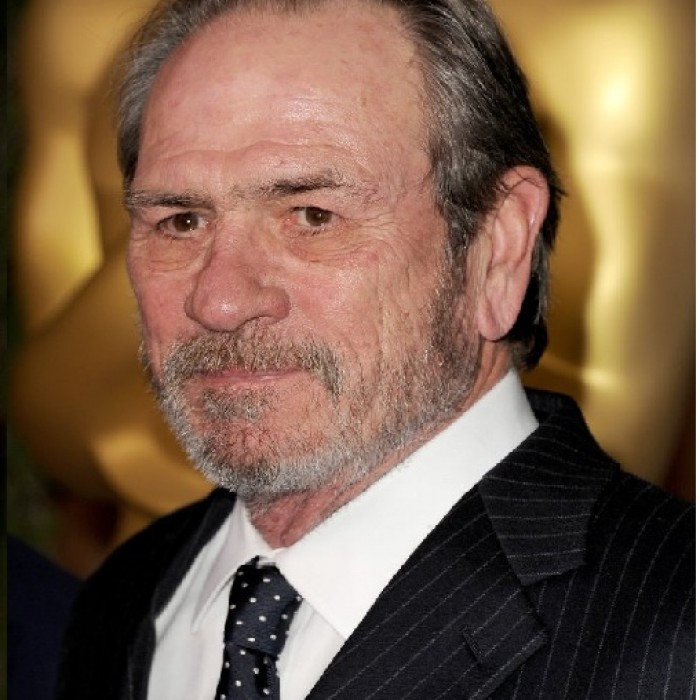 Mini Bio
Tommy Lee Jones was born in San Saba, Texas, the son of Lucille Marie (Scott), a police officer and beauty shop owner, and Clyde C. Jones, who worked on oil fields. Tommy himself worked in underwater construction and on an oil rig. He attended St. Mark's School of Texas, a prestigious prep school for boys in Dallas, on a scholarship, and went to Harvard on another scholarship. He roomed with future Vice President Al Gore and played offensive guard in the famous 29-29 Harvard-Yale football game of '68 known as "The Tie." He received a B.A. in English literature and graduated cum laude from Harvard in 1969.

There he began to get some roles on television: Charlie's Angels (1976) (pilot episode); Smash-Up on Interstate 5 (1976); and The Amazing Howard Hughes (1977). While working on the movie Back Roads (1981), he met and fell in love with Kimberlea Cloughley, whom he later married. More roles in television--both on network and cable--stage and film garnered him a reputation as a strong, explosive, thoughtful actor who could handle supporting as well as leading roles. He made his directorial debut in The Good Old Boys (1995) on TNT. In addition to directing and starring in the film, he co-wrote the teleplay (with J.T. Allen). The film, based on Elmer Kelton's novel, is set in west Texas where Jones has strong family ties. Consequently, this story of a cowboy facing the end of an era has special meaning for him.

Trivia
Never took an acting class.
He and Al Gore were roommates while the two were students at Harvard University. The two remain close friends.
Part time cattle rancher, owns 3,000-acre ranch near San Antonio, TX.
Plays polo and raises polo ponies. His team won the U.S. Polo Association's Western Challenge Cup in 1993. Invites Harvard University's best polo players to his ranch to practice each fall.
Father's name was Clyde C. Jones -- he did not have a middle name, just an initial

Somebody's gonna give you some money to perform a job, you do your best to make 'em a good hand...
It's no mean calling to bring fun into the afternoons of large numbers of people. That too is part of my job, and I'm happy to serve when called on.
My thanks to the Academy for the very finest, greatest award that any actor can ever receive. The only thing a man can say at a time like this is -- I am not really bald.
I do not have a sense of humor of any recognizable sort.
[on how he learned to direct] I've worked with more than 50 directors and I've paid attention since day one. That's pretty much been my education, apart from studying art history and shooting with my own cameras. I've seen 50 different sets of mistakes and 50 different ways of achieving. You just leave the bad part out.
Advertisement