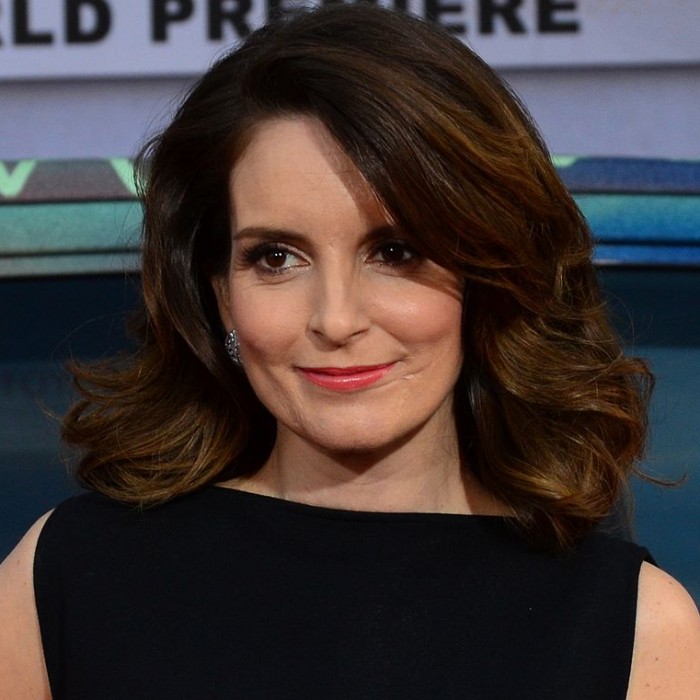 Elizabeth Stamatina "Tina" Fey (born May 18, 1970) is an American actress, comedian, writer, and producer. She is known for her work on the NBC sketch comedy series Saturday Night Live (1998–2006), for her impression of former Alaska Governor and 2008 Vice-Presidential candidate Sarah Palin, and for creating acclaimed series 30 Rock (2006–2013) and Unbreakable Kimmy Schmidt (2015–present).

Fey broke into comedy as a featured player in the Chicago-based improvisational comedy group The Second City. She then joined SNL as a writer, later becoming head writer and a performer, known for her position as co-anchor in the Weekend Update segment.

In 2004, she co-starred in and wrote the screenplay for Mean Girls, which was adapted from the 2002 self-help book Queen Bees and Wannabes. After leaving SNL in 2006, she created the television series 30 Rock for Broadway Video, a situation comedy loosely based on her experiences at SNL. In the series, Fey portrays the head writer of a fictional sketch comedy series.

In 2008, she starred in the comedy film Baby Mama, alongside former SNL co-star Amy Poehler. Fey next appeared in the 2010 comedy film Date Night and the animated film Megamind. In 2015, she created and produced the television series Unbreakable Kimmy Schmidt, originally for NBC and eventually for Netflix. Her other films include Sisters and Whiskey Tango Foxtrot.

In 2008, the Associated Press gave Fey the AP Entertainer of the Year award for her satirical portrayal of Republican vice presidential candidate Sarah Palin in a guest appearance on SNL. In 2010, Fey was awarded the Mark Twain Prize for American Humor, becoming the youngest-ever recipient of the award.

On January 13, 2013, Fey hosted the 70th Golden Globe Awards with her long-time friend and fellow comedian, Amy Poehler, to critical acclaim. The duo hosted again the following two years, generating the highest ratings for the annual ceremony in a decade and receiving similar acclaim.