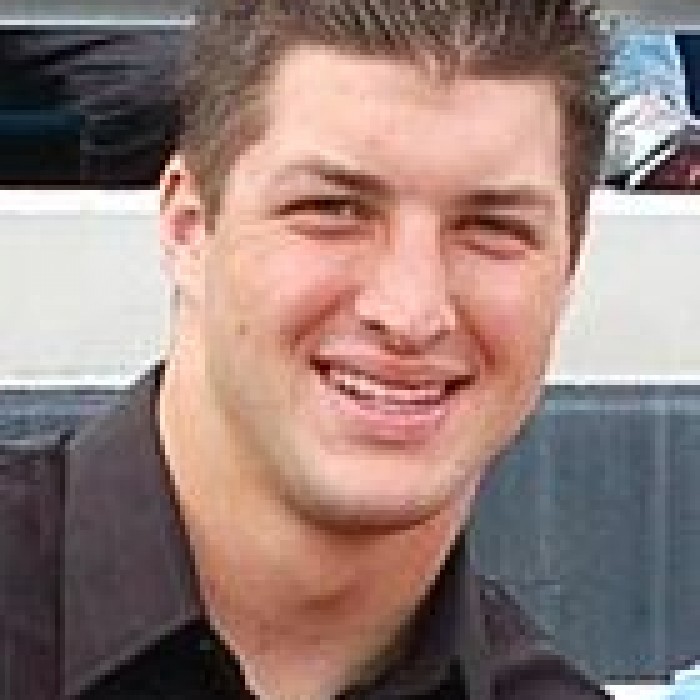 Timothy Richard Tebow (born August 14, 1987) is a former professional American football player (playing three seasons in the NFL) and current professional baseball outfielder in the New York Mets organization. He played college football for the University of Florida, winning the Heisman Trophy in 2007 and appearing on BCS National Championship-winning teams during the 2006 and 2008 seasons.

Tebow was selected by the Denver Broncos in the first round of the 2010 NFL Draft and spent two seasons with the team. He also played for the New York Jets in 2012. Additionally, he had preseason stints with the New England Patriots and the Philadelphia Eagles in 2013 and 2015 respectively.

The Gators again went 13–1 in 2009, his senior year. At the conclusion of his college career, he held the Southeastern Conference's all-time records in both career passing efficiency and total rushing touchdowns, appearing second and tenth (respectively) in the NCAA record book in these categories.

As a member of the Denver Broncos, he started the last three games of his rookie season and became the team's full-time starting quarterback beginning in the sixth game of 2011. The Broncos were 1–4 before he became the starter, but began winning with him on the field, often coming from behind late in the fourth quarter, until they won their first AFC West title and first playoff game since 2005, defeating the Pittsburgh Steelers in overtime.

Despite his success, however, Tebow’s potential as a professional level quarterback was called into question due to a perceived lack of passing ability, persistent fumbles, and having the lowest passing completion rate in the league.

During the 2012 offseason, the Broncos traded Tebow to the New York Jets where he received little playing time and was released after the 2012 season ended. He signed a two-year, non-guaranteed contract with the New England Patriots on June 11, 2013, before being cut from the team on August 31, 2013.

After two seasons away from the game, Tebow signed a one-year contract with the Philadelphia Eagles on April 20, 2015 and was released by the Eagles on September 5.

Despite his success with the Broncos—he compiled a record of 8–6 as a starting quarterback and lead the team to the playoffs and a playoff win (after they started 1-4)—he did not start again in the NFL. No quarterback under 30 in NFL history has won a playoff game and then never started another NFL game. It is unprecedented.

In 2016, Tebow announced he would pursue a career in professional baseball and signed a minor league contract with the New York Mets on September 8.